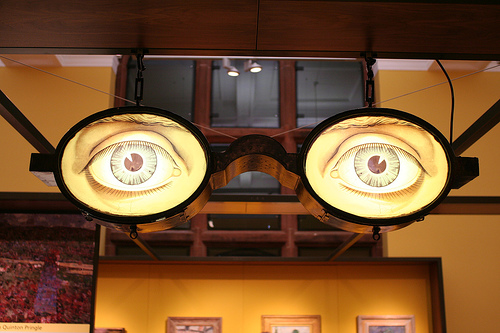 I was talking about Fitzgerald’s “The Great Gatsby” in the comment section with reader Geaaronson the other day, so it seems like a good time for another blast of emotional insight from that novel.

About half way between West Egg and New York the motor-road hastily joins the railroad and runs beside it for a quarter of a mile, so as to shrink away from a certain desolate area of land. This is a valley of ashes–a fantastic farm where ashes grow like wheat into ridges and hills and grotesque gardens where ashes take the forms of houses and chimneys and rising smoke and finally, with a transcendent effort, of men who move dimly and already crumbling through the powdery air. Occasionally a line of grey cars crawls along an invisible track, gives out a ghastly creak and comes to rest, and immediately the ash-grey men swarm up with leaden spades and stir up an impenetrable cloud which screens their obscure operations from your sight.

But above the grey land and the spasms of bleak dust which drift endlessly over it, you perceive, after a moment, the eyes of Doctor T. J. Eckleburg. The eyes of Doctor T. J. Eckleburg are blue and gigantic–their retinas are one yard high. They look out of no face but, instead, from a pair of enormous yellow spectacles which pass over a nonexistent nose. Evidently some wild wag of an oculist set them there to fatten his practice in the borough of Queens, and then sank down himself into eternal blindness or forgot them and moved away. But his eyes, dimmed a little by many paintless days under sun and rain, brood on over the solemn dumping ground.

The valley of ashes is bounded on one side by a small foul river, and when the drawbridge is up to let barges through, the passengers on waiting trains can stare at the dismal scene for as long as half an hour. There is always a halt there of at least a minute and it was because of this that I first met Tom Buchanan’s mistress.

The fact that he had one was insisted upon wherever he was known. His acquaintances resented the fact that he turned up in popular restaurants with her and, leaving her at a table, sauntered about, chatting with whomsoever he knew. Though I was curious to see her I had no desire to meet her–but I did. I went up to New York with Tom on the train one afternoon and when we stopped by the ashheaps he jumped to his feet and taking hold of my elbow literally forced me from the car.

I think he’d tanked up a good deal at luncheon and his determination to have my company bordered on violence. The supercilious assumption was that on Sunday afternoon I had nothing better to do.

I followed him over a low white-washed railroad fence and we walked back a hundred yards along the road under Doctor Eckleburg’s persistent stare.

That stuff about the eyes of Doctor T.J. Eckleburg is famous.  The question is, do you feel it?  There is something very meaningful about those gigantic eyes watching everything – something you can feel, and you can’t restate it no way, no how, in any sort of information-y, intellectual terms, without losing the emotional punch.

Now, if you do feel it… what is that? What is going on that’s making this so meaningful? Don’t bother trying to answer because there’s no way to express it intellectually.  Some people say it’s a representation of God… but that’s just a truism.  You can say, “God is watching everything we do all the time,” and it wouldn’t pack this emotional power. And it’s been enthralling readers since Fitzgerald wrote it.