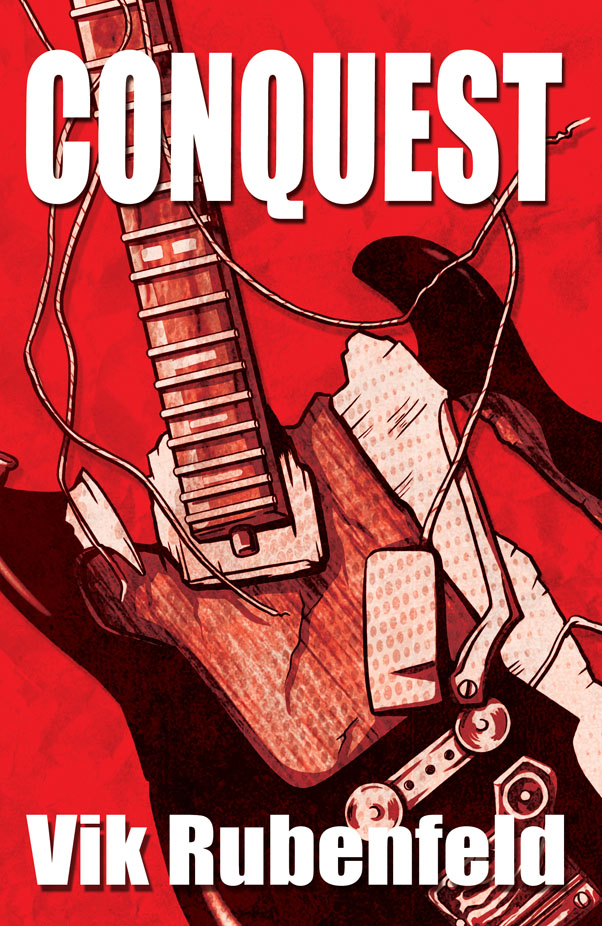 CONQUEST provides something to feel. Here are a few examples.

I‘M ABOUT TO TELL YOU two stories that are inseparable. One led to sorrow and heartbreak. The other led to joy and triumph. I never would have thought my life would hold so much of both.

The main character, Reid Taylor, describing how he feels after his girlfriend broke up with him:

The misery is sitting on me like a wrestler that’s got another wrestler pinned.

Later Reid meets his real soulmate, Kristy, and falls in love with her. Right before he goes on tour with his new band he’s out walking one night:

I leaned back against a tree and looked up into the darkness, at the clear moon. It hit me that what I was doing this all for was to marry Kristy—to build a family with her that was going to be as packed full of real love and caring as I could find it in my heart to fill it up with.

Do you feel that?