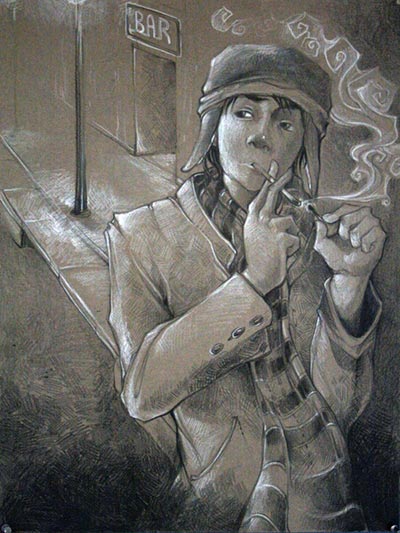 In this passage from J.D. Salinger’s “Catcher in the Rye,” Holden Caulfield has finally gotten back to his house. He’s sneaking in so as not to wake his parents, whom he’s trying to avoid. He’s hoping to talk to his dear sister, Phoebe.

It was dark as hell in the foyer, naturally, and naturally I couldn’t turn on any lights. I had to be careful not to bump into anything and make a racket. I certainly knew I was home, though. Our foyer has a funny smell that doesn’t smell like anyplace else. I don’t know what the hell it is. It isn’t cauliflower and it isn’t perfume–I don’t know what the hell it is–but you always know you’re home.

That’s a perfect example of emotional insight. Intellectually you might say, “Of course you know you are home. It’s your house and you opened the door with your key.” Yes, of course. But emotionally something happens that is beyond that – something that can’t be expressed at all in any intellectual terms. It’s a meaning that can only be felt and understood by the use of your emotional abiliy. It can only be expressed in a work of art.

Read the quote from “Catcher” again. Do you feel it?